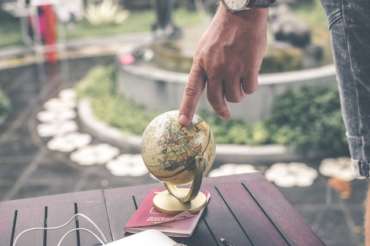 When first approaching Italian grammar, it is essential to understand every part the speech is made of. Technically, a part of speech is a “linguistic category of words” Basically, linguistics have developed a classification system to group specific categories of words based on their communicative role.

Being able to identify each part of speech (“parte del discorso”, in Italian), can facilitate your study of Italian. Below you will find a short but exhaustive description of all the nine different parts of speech that grammarians recognise: nouns, verbs, adjectives, articles, adverbs, pronouns, prepositions, conjugations and interjections.

Don’t forget to try to memorise at least a couple of examples for each category. They will help you understand the grammar and will make it easier for your brain to remember how to use every parte del discorso!

Nouns are commonly used to indicate persons, animals, things, emotions and every phenomenon. Italian grammar recognises several categories of nouns. In Italian, the gender of a noun can be male or female. Don’t’ forget that foreign names, when used in Italian, usually maintain the same gender as they language of origin.

Verbs are usually the most essential parts of a sentence. Just try to think of a sentence without a verb: it would be only a bunch of words without any meaning! Thus, a verb demonstrates and describes a state of being or an action.

Italian has three primary groups of verbs, classified according to the ending of their infinitive forms. For instance:

Moods refer to the attitude of the speaker towards the action he or she is explaining or performing. In addition, Moods are then divided into more groups, based on the time when the action they indicate takes place (past, present, future). Italian linguistics recognise two groups of verbs moods: finite moods (modi finiti) and infinitive moods (modi indefiniti).

Adjectives describe and qualify nouns. They also agree on genre and number with the noun. However, where they are linked to more than a noun and one of them is masculine, the adjective is used in its masculine form, too. Some adjectives have an invariable form, and they do not have any genre. It is the case of the adjectives of colours.

Italian adjectives can have:

Articles always indicate the gender and the number of a noun. In Italian, we have two different kinds of articles namely:

This is a word that modifies another part of the speech. Adverb types include: modo (manner), tempo (time), quantità (quantity) and qualità (quality).

Pronouns are substitutes for nouns. On the other hand, personal pronouns play the role of the subject. However, often Italians omit pronouns because the conjugation of each verb already indicates person and number of the subject.

This part of the speech connects all the other words that are in the same sentence. Thus, you can easily remember Italian prepositions with this short tongue-twister: di, a, da, in, con, su, per, tra, fra!

Conjunctions join two words or two sentences together. Some Italian conjunctions are: comunque (hwever), sebbene (although), nonostante (nevertheless), anche se (even if). 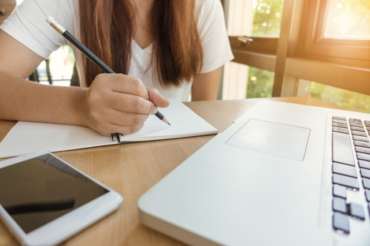 Interjections are used to express feelings, putting particular emphasis on an emotional state. Moreover, Italians are very famous for their use of interjections: although this language is already colourful, people love to highlight their feelings while they communicate.

Using the right interjection can really make you sound like a true Italian! In fact, Italian interjections do not really have an English translation. Some of them are: Ah! Ahimè! Caspita!