An adverb (avverbio) is a word that modifies a verb, an adjective, or another adverb. This part of speech describes how actions are performed but can be used to change also the meaning of a noun or an adjective. In Italian, adverbs do not agree in gender and number with the word they are attached to. Thus, they are considered an invariable part of the sentence.

An adverb can be compared to an adjective, but instead it says something about a verb or an adjective instead of a noun.

See also our list of the top 100 Italian adverbs. 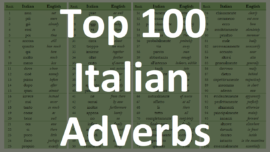 How to form Italian adverbs

Adverbs that come from Adjectives 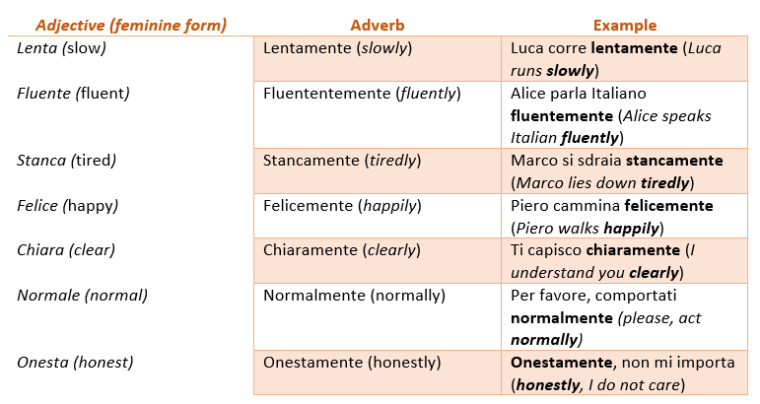 Not all Italian adverbs are formed from adjectives. Usually, adverbs answers questions such as “how” (come), “when” (quando) and “where” (dove).

Study tip! Bene (well) is one of the most used Italian adverbs, used to say that someone is doing something well.

In Italian, these adverbs are known as “question words”, and they are always used at the beginning of a sentence.

How to use Italian adverbs

Remember that, as a general rule, adverbs directly follow the word they are modifying.

Remember that the adverb “già” (already) always goes before the verb.

Answers at the bottom of this page.